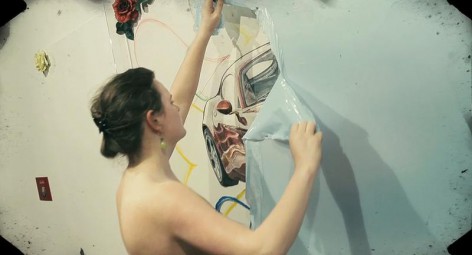 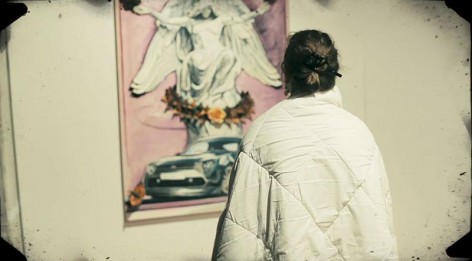 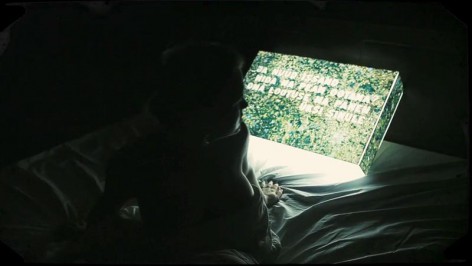 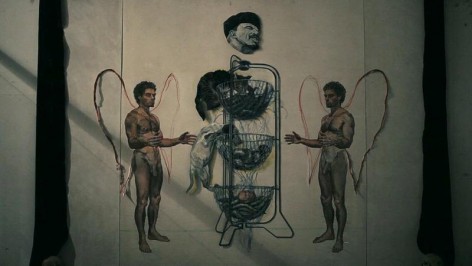 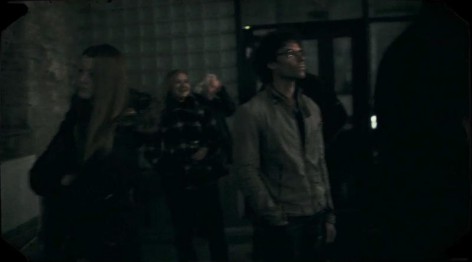 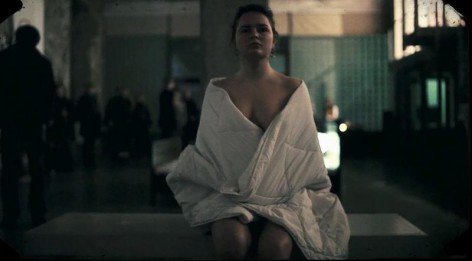 While at the end of the 20th century Raul Rajangu and his assistants arrived in Viljandi – recalling Rajangu`s superb accomplishment from 1988 entitled “The Arrival of Artist Rajangu and His Assistants in Viljandi” – morphing into a trio of Russian heroes, the beginning of the 21st century sees him as a Cuban sexual monster on a monumental triptych, which could adorn the altar of any bank/bunker/headquarters, a superb achievement from 2011, entitled “I and Estonia`s History. Final Curtain”, and displayed in Vaal Gallery.
Instead of a trio of Russian heroes, Rajangu now arrives in the form of two Popes, Eugenio Pacelli (Pius XII) and Joseph Ratzinger (Benedict XVI), the Führer and his favourite dog Blondi, as well as a wheelchair. In this way, Rajangu adds a fundamental aesthetic/ethical/sexual dimension to ideological political economies and almost perfectly complements the super couples of the 20th century – Clara Zetkin and Lenin, Clara Petacci and Mussolini, Sergey Brin and Larry Page, Pol Poth and Jeng Sari, Hitler and Blondi, etc. Now we also have Eugenio Pacelli and Rajangu.

Or, maybe also as archetypal Adam and Eve with an apple – whereas in Rajangu`s version they both transform into Rajangu himself; the snake/world tree/axis mundi as a universal phallic symbol between Adam and Eve turns into an animal cage extending up to the heavens, while the Transcendental All-Seeing Eye turns into Lenin`s head.
This all is displayed on flat surfaces in Vaal Gallery in the context of the project “Secret Reich” in January 2012.

Of course, a return to flat surfaces/techniques/painting could be seen as a sign of some degeneration, especially knowing the brilliant experiments of Rajangu/Luminoso as an actionalist, spatial installator, video artist and 3D aesthetician. However, “Secret Reich” is rather a trans-generation, a nostalgic return to eternal values – Faith, Fatherland, Family, Pets, Sports Cars, etc.
Rajangu`s work has never required endless explanations – no refined codes/agendas/manuals or anything like that. In a similar vein, “Secret Reich” again follows the words of Oscar Wilde: “The true mystery of the world is the visible, not the invisible”. This is especially true here, as the paintings were not created under conditions of lacking time, brainpower or money, and they strike the spectator with their almost baroque splendour and lavishness.

Nevertheless, Rajangu also – and even more powerfully – fascinates the spectators with the invisible. Because – even though “Pope in Wheelchair” is actually a Pope in a wheelchair, “The Führer with a Dog” is the Führer with a dog, “Cuban Sexual Monster with the Globe” is actually a Cuban sexual monster, etc. – every spectator retains the freedom/right/obligation to see the wheelchair as a `religious/sexual disability`, the dog as `lust for the Other/drool/discrimination`, the Führer as `fallogocentric authorities of power` or Estonia`s history as `queering`, etc.

Because “Secret Reich” – that is us.