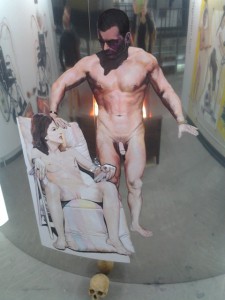 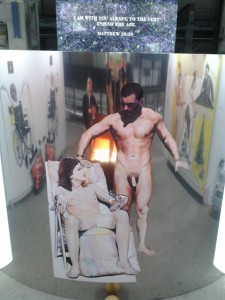 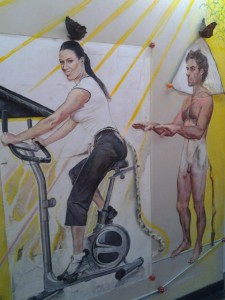 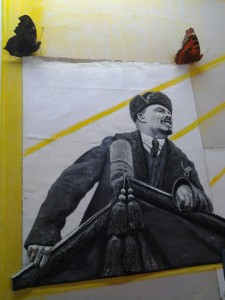 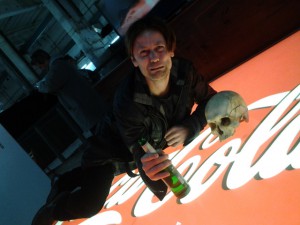 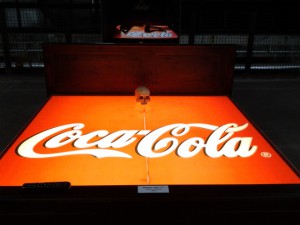 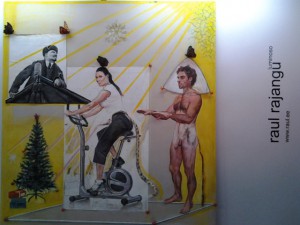 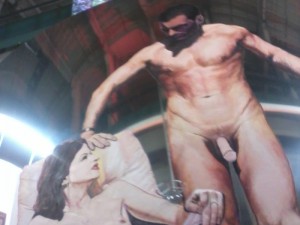 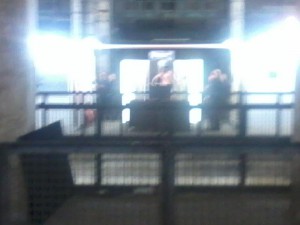 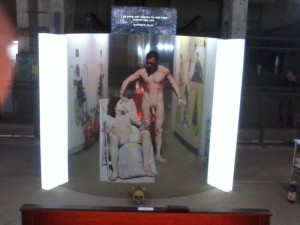 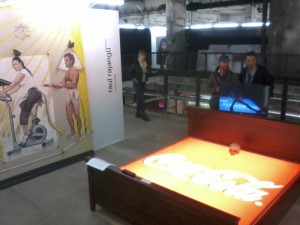 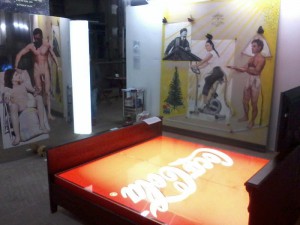 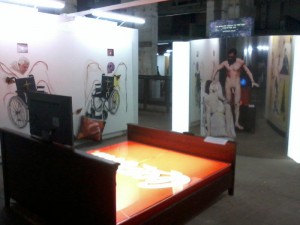 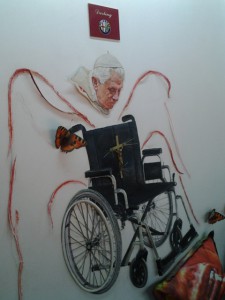 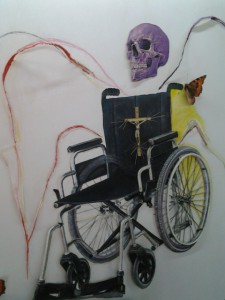 Today in Berlin, we will not ask Sigmund Freud`s infamous, but probably not particularly immortal, question: Was will das Weib? -instead, we ask: Was will das/der Rajangu?

And, naturally, we do not require any refined codes/agendas – and the `orthodox` hermeneutics will be of no assistance. Rajangu`s art is not a product/sublimation/ repression/hyperexpression/perversion of a desire for power (Nietzsche/Foucault) or omnisexuality (Freud/Lacan) or political economy (Marx/Adorno). Furthermore, approaching Rajangu with the libido hydraulics of Alle gegen Alle is obviously pointless, especially considering that Rajangu`s work is not necessitated by a lack of time, brains, power or money and it smites the observer with its almost baroque luxury and overabundance.

Rather, we could detect in Rajangu a certain trans-conventional protocol (cf. Manuel Castells), which reincarnates in this kairos in anti-structure/liminoid/metanoid, possibly even paranoid, insofar as real virtuality can be nothing but paranoid.

Rajangu, being equally perfect as a painter, actionalist, creator of spatial installations, 3D aesthetician and transmedia activist par excellence, is interested in all kinds of observables/ appearances/splendours (cf. Luminoso as Rajangu`s pseudonym). In his transformances he seems to be, consistently and somewhat paradoxically, guided by Oscar Wilde: “The true mystery of the world is the visible, not the invisible”. Nevertheless, Rajangu also – and even more comprehensively – fascinates the spectators with the invisible.

And there is no Lacan`s Name/Law of the Father – the only generative principle seems to be an absolutely raw/primal/archetypical fiat, an illegal act without bounds or rules. Rajangu does not create masculine order out of feminine chaos; he does not dissent, revolutionise, craze or split – he simply dissipates, charmingly and innocently, into something that is removed from all mis/representations, tautologies, strategies, transgressions, and de/constructions. But what is this place?

Indeed, where does Rajangu`s private Umwelt drag us?

Because – even though “Pope in Wheelchair” is actually the Pope in a wheelchair, “The Führer with a Dog” is the Führer with a dog, “Cuban Sexual Monster” is a Cuban sexual monster, “Pneumatic Body” is a pneumatic body etc. – every spectator retains the freedom, right and obligation – as well as hope – to see the Pope as a “religious/sexual disability”, the dog as “lust for the Other/ drool/discrimination”, the Führer as “Queering”, the Coca-Cola bed as a “Siren Server”, the Gastarbeiters as the “Holy Family” etc.

Because Secret Reich – that is us.