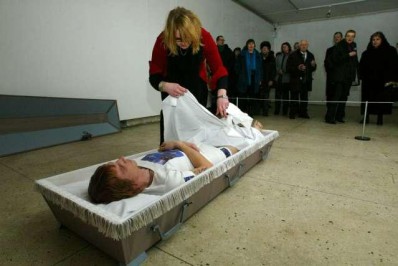 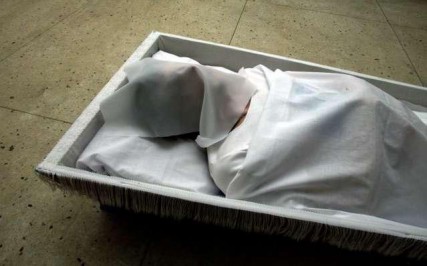 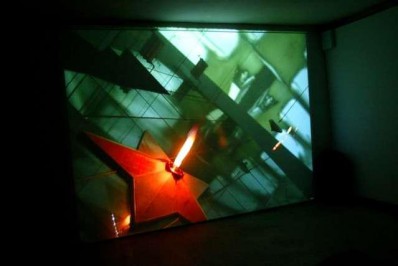 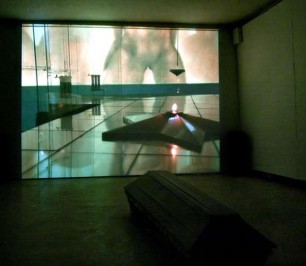 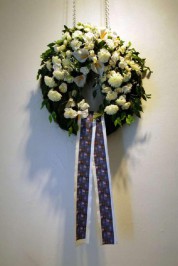 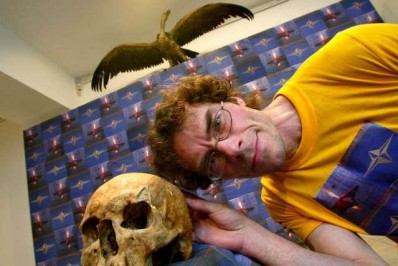 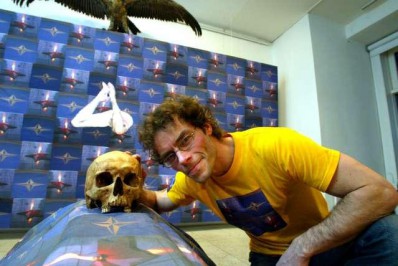 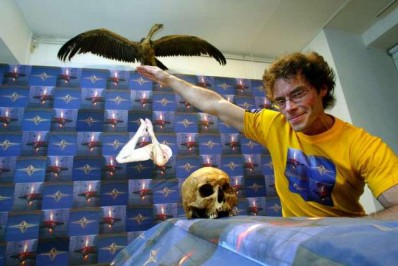 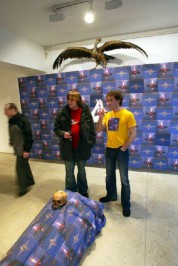 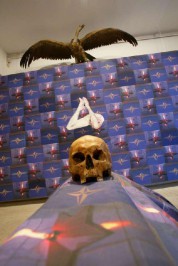 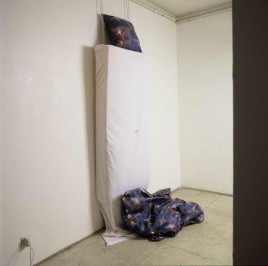 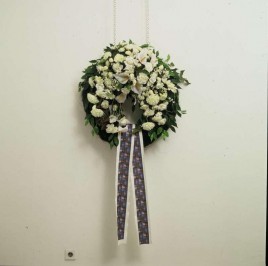 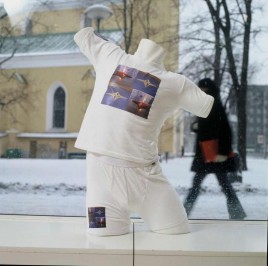 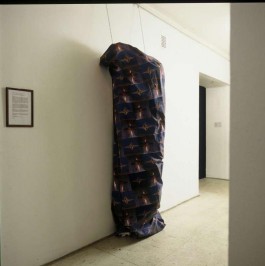 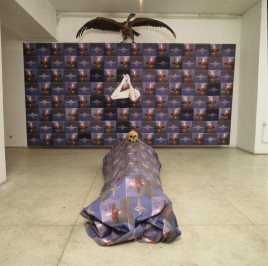 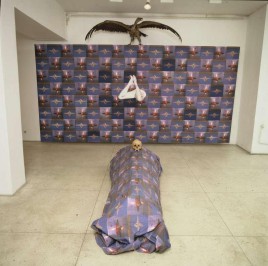 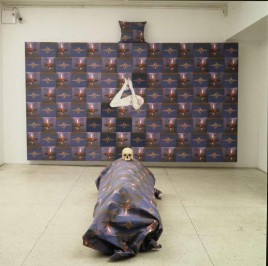 Installation project “Sweet Little NATO” (2004) is a collection of objects with an acute political and social message. The exhibition consists of a coffin covered by a shroud depicting the eternal flame and NATO symbols and scull, mens` underwear with NATO symbols, on the wall hang a funeral wreath and a bed with a knife stuck to the middle of it – and over everything guards a stuffed eagle spreading its wings. The second part of “Sweet Little NATO” is a video where we can recognise the familiar Playboy mansion with pop music videos and marching songs by army male choir screened to the background. There`s a red star in the house and from time to time a hand apperas in the frame, squeezing a tube of gum adhesive, to then light the substance in eternal flames. There is a constantly present parallel of the NATO compass-logo and the Soviet red star.