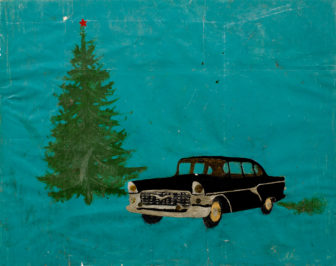 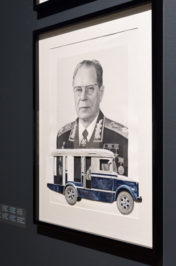 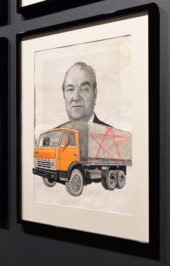 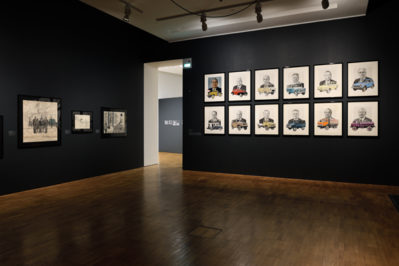 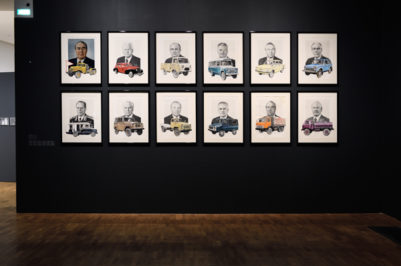 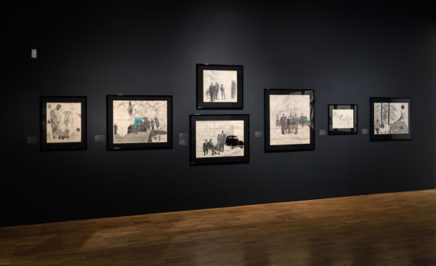 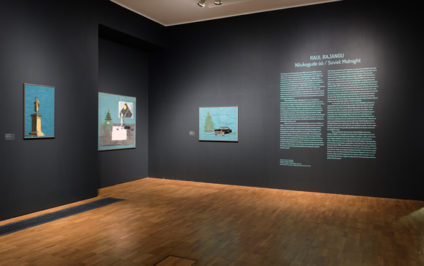 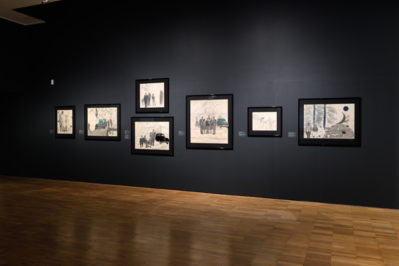 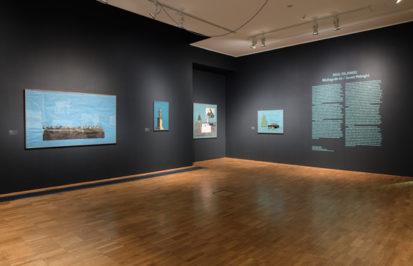 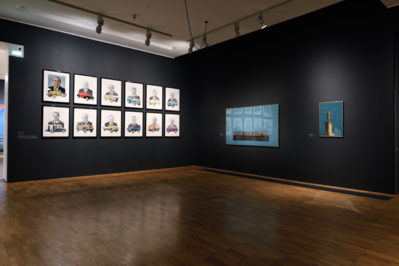 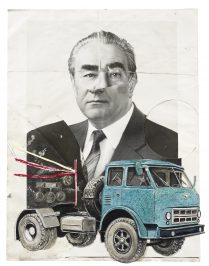 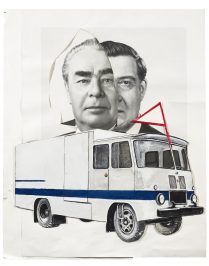 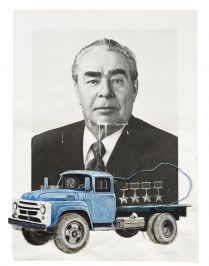 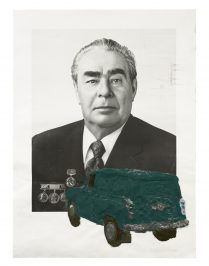 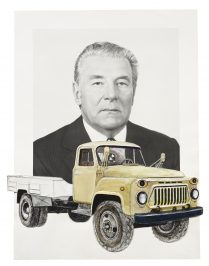 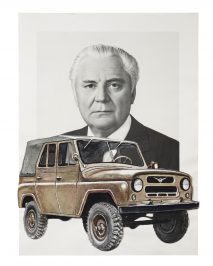 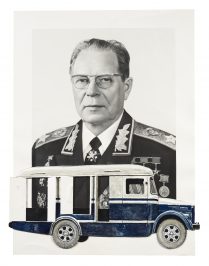 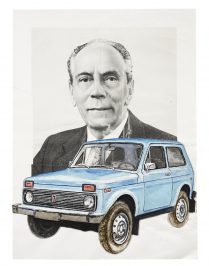 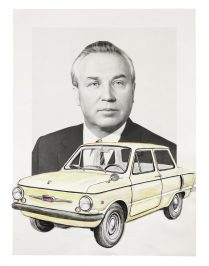 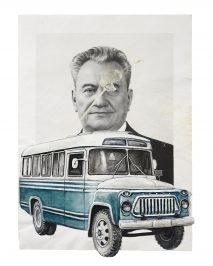 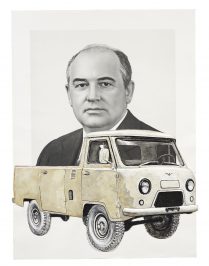 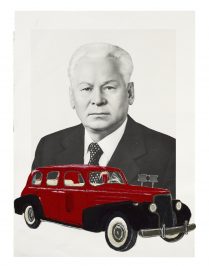 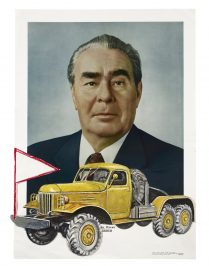 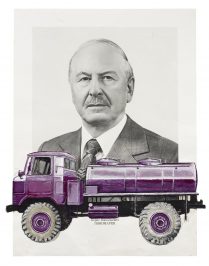 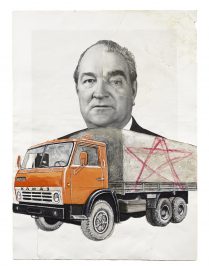 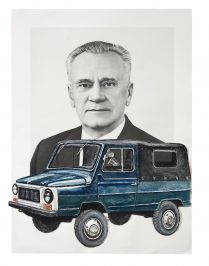 Raul Rajangu stepped into the Estonian art scene at the exhibition of young artists of the Estonian S.S.R. in 1984 with A Sewing Machine and a New Year’s Tree, one of the first works to allude to postmodernism. This was soon followed by On a White Night in Kadriorg Palace (1987) and The Arrival of the Artist R. Rajangu and his Assistants in Viljandi (1988). However, no one at the time realized that the artist had already begun working in the early 1980s, when using his personal artist’s technique he created the series Soviet Midnight (1981–1982). In this series, which stayed “in the drawer” for the next quarter of a century, the artist used all of the elements of Soviet visual culture that he had come in contact with during the late socialist period in the small town of Viljandi. This included the ceremonial album of Lenin that he received as a prize at a history Olympiad, the photo albums of Soviet cities found in the attic of the Stalinist culture centre, the halcyon but awkward-looking advertising brochures for Soviet manufactured goods, and his family’s albums of black-and-white photos taken on festive occasions.

As indicated in the title, the works in Soviet Midnight combined an appropriation of iconic Soviet images similar to Sots Art with the specific bluish-green colour that was predominantly used on the walls in Soviet administrative offices, hospitals, border checkpoints and military units, and which, over time, the Soviet citizens came to call “institutional green”. According to the anthropologist Alexei Yurchak, the standardized and predictable nature of Soviet life at all levels was one of the defining traits of the late socialist period and could be found in street names, architectural styles, household possessions and even door keys. But throughout Soviet Midnight Rajangu also used the pop art-like images of car brands that were depicted in the artist’s relief technique and alongside socialist realist images, directing attention to the possible parallels between the Soviet world and the capitalist world.

Shown publicly for the first time at this exhibition, the series Politburo (1982) is an example of how the artist created works of art from placards with portraits of the Soviet Politburo members, which, at the time, were widely available in book shops but hung mostly in administrative offices or were creatively misused as dust jackets for books. When the series was completed, the Soviet Politburo had expanded to 19 members and included, among others, the leaders that ruled the Soviet Union during the 1980s: Leonid Brezhnev, Konstantin Chernenko and Mikhail Gorbachev. From an art historical point of view, this noteworthy find, in which the artist has acted on the playful aesthetic potential in iconic Soviet images, confirms once more the conceptual links between Rajangu’s early work and Sots Art, which mixed the approaches of socialist realism and pop art, and according to Boris Groys, sought to analyse the all-encompassing aesthetico-political Soviet project.