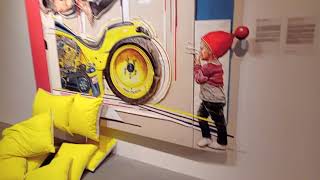 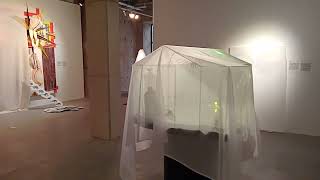 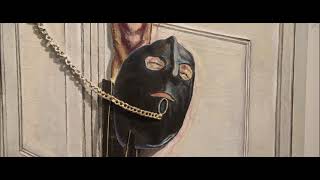 BREATHING OURSELVES TO DEATH. DESPIRATION SHOW IN 3 MIXES

“I was not; I was; I am not; I care not,” says Epicurus and his calm coolness serves as an immediate reminder of another set of words. “Mama, I can´t breathe.“ These are the last words of American George Floyd, that he wheezed dozens of times until they became a mere gurgle (and a slogan for BLM), serving as a prophetic synopsis of the age of global pandemic. The millions who have literally suffocated and died due to SarsCoV-19 will forever gurgle and their final suffering forces us to admit: “We are still breathing but no longer merciful.” Our mercy has been gone for a long time. We do not have mercy on any Other, not on nature, animals or plants.

In fact, we do not have mercy on ourselves, either. We have become the Other to ourselves, someone whose throat has to be pressed under a knee – until we suffocate. And no, we have no mercy! What is curious is that these Others (still?) have mercy: nature, plants and animals, even the wicked virus – they are all merciful. Because the overwhelming majority of us are still here, even after the daily body count of Worldometer. But for how long?

The global breath is becoming faster and faster, mercilessly, savagely. Today, we are already out of breath, panting, wheezing, gurgling ominously – from heat, dread, fear, hopelessness. The ability to breathe together – con spirare – has turned into a mindless and dull conspirology that no longer plays by the rules following a win-lose strategy and does not even play with the rules for a win-win scenario. Instead, there are no rules at all, meaning that ultimately it will be lose-lose for everyone. One day, no matter what, we will lose!

Only breathing exercises can save us. “Observe your breath,” was cultfigure´s Yuval Noah Harari’s answer to the question about the best advice he has ever received. And the worst advice? “Follow your heart!” Sic!

This is why I have staged VAAL Gallery as a total spatial installation: five panel paintings in original technique have been wrapped in a net of kinetic objects and audio projections, creating a nightmarish, abundant and thriving, but also treacherous, space of expiration and suffocation. A space that is simultaneously mythological and literally transcendent and virtual, celestial and eternal in a literal sense, outright nunc stans. But at the same time, it is also nunc fluens – perfectly here and now, perfectly immanent and actual, a perfect flow! This space is psychedelically therapeutic, but with a suicidal effect – we simply forget to breathe! Or – we breathe ourselves to death. Or perhaps we are like the trickster Odin who hung himself on the world-tree Yggdrasil for nine days and nights. Which is nothing but a ritual, auto-erotic asphyxiation or scarfing. For what? To gain wisdom through an orgiastic vision.

The physical space at VAAL also reminds us that any closed system – be it digital, economic, social, metaphysical, spiritual or sexual – functions like an Exit Bag. Which is quite consumer-friendly plastic bag filled with helium or hydrogen, and widely used in euthanasia practices. Every last wannabe dead just has to pull it over in the presence of  the certified assistance. Indeed, every closed system will eventually fall victim to its own reclusion, with entropy ending it sooner or later. Which means that each breath drawn is also a drawing back of breath, a draw towards death, a draw towards the end.

But as das Dasein is rund, being is round – according to Karl Jaspers – every draw towards death is simultaneously a draw towards life. And negentropy a.k.a. syntropy turns every end into a beginning and every death into life. Because the ominous laws of thermodynamics and entropy are continuation of the Western ideology of colonialism by other means, a highly successful attempt of scientific legitimation of a capitalist death cult and a necrolatric ideology of growth, expansion and profit.

Being is open and does not abide by the imperatives of decay or contraction – nor those of expansion and growth. And the fear of death is nothing but a fear of life.

The rest is inception.