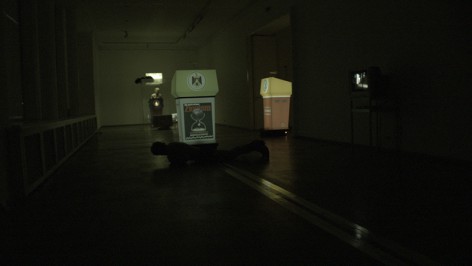 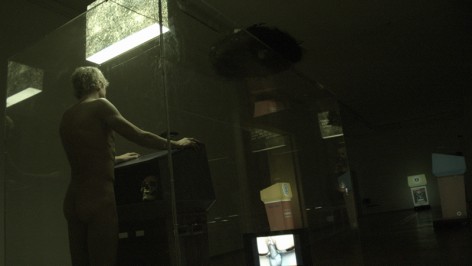 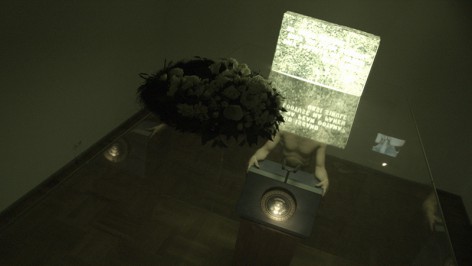 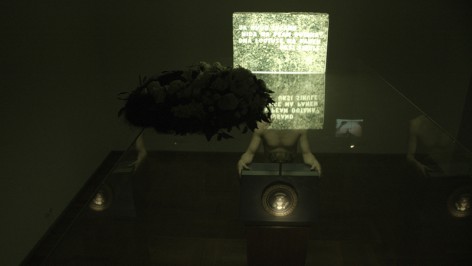 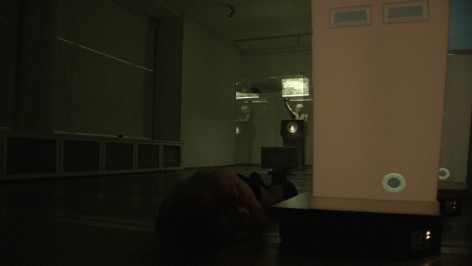 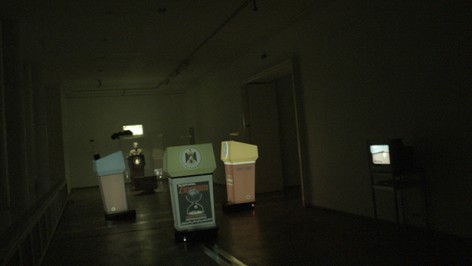 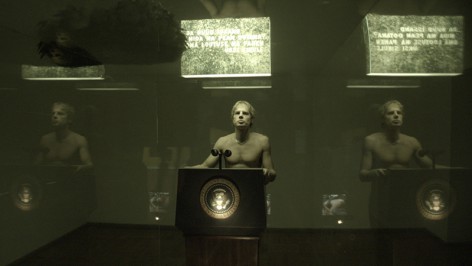 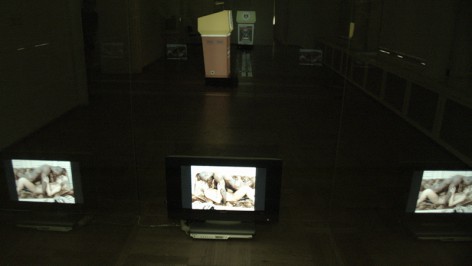 The artist formerly known as Raul Rajangu, who avoids direct contact with the media, was one of the most original painters and an innovator of Estonian painting in the 1980s, garnered attention with his socio-critical and bizarre erotic-symbolic video and spatial installations in the 1990s, and has often played with double identity as an artist, appears to us this time under the name Luminoso.

Commenting on the exhibition, the artist said that the exhibition is, “firstly, a competition of lecterns – motor art. Secondly, Estonia is a small country. Estonia must choose a master. Estonia has chosen. This knowledge causes unending anguish.  Let’s liberate ourselves from the anguish!” Pre-produced videos, featuring respective lecterns and representatives of human races, are displayed on the walks of the halls.  Spy cameras, attached to the lecterns and transmitting real-time images of the hall and the audience, symbolise the melding of the private and public spheres, so characteristic of our time. The artist continues to focus on the relationships between pornography and politics, mystery and morbidity, exhibitionism and ritual behaviour, testing the tolerance limits of sensitive viewers and moralists.

Three motorised light-box lecterns are on display, moving back and forth on parallel tracks through the large hall and the long hall. One of the lecterns broadcasts the text of the US President (Bushenwald.com), the second communicates the thoughts of Luminoso, or the artist’s alter ego, to humanity, while the third acts as the voice of the Arab world. Russia is not left in peace either… The remaining space will be filled with the video installation “Bedrooms Show”, consisting of two to five bedrooms  (Global Gorilla – Gazprom, Champions of Freedom – Coca-Cola, Mercedes Benz, Oil, Eternal Flame).