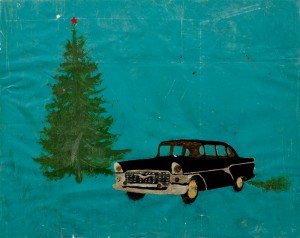 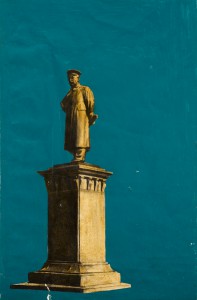 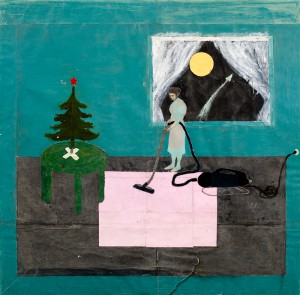 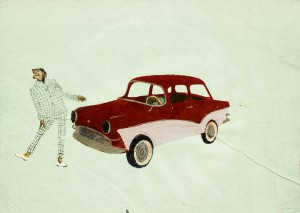 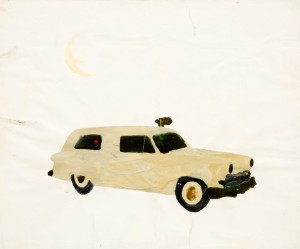 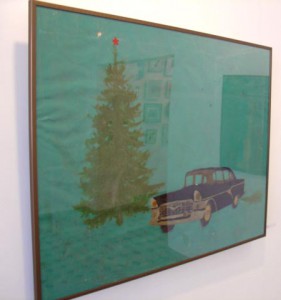 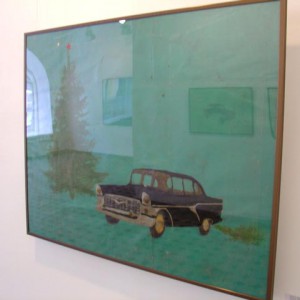 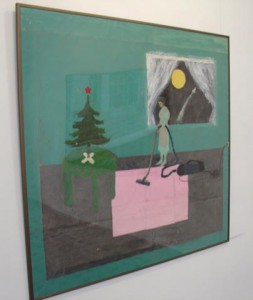 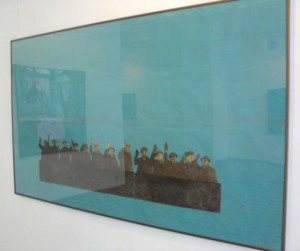 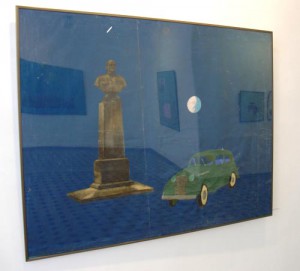 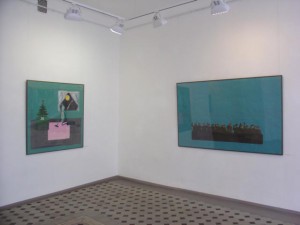 Review by Johannes Saar in Eesti Päevaleht on 4 August 2005

“Soviet Midnight” is a series of paintings and collages, created in 1981-82, which was presented to the public for the first time in the summer of 2004. Personality cult, economy of scarcity, home appliances from East Germany, New Years’ Eve, Moscow and black Volga are the keywords deconstructed by Raul Rajangu in his “Soviet Midnight”.

Paintings are built around technical equipment and colour symbolism, with bluish green, gold and black constituting the main tones of the work. Several works have a homogenous bluish green background. This is the most characteristic tone, the colour of the time and the regime, which was also generously used by Ilya Kabakov in his installations that evoked the Soviet depression.

“Soviet Midnight” has two separate lives. The first meaning is formed by the knowledge of the social situation at the beginning of the 1980s when these works were created. “Soviet Midnight” has nothing in common with the traditions of Soviet art in that period, when the classical collage techniques – cutting, tearing and gluing – were only practiced in kindergartens and in art classes in the primary school. Rajangu has decided to picture the ideological objects of desire by using a technique, which completely cancels out the splendour of the depicted symbols of the great power. It could even turn the depicted object into its own opposite. This was certainly one of the reasons, why the works could not be displayed immediately after they were completed.

The second layer of meaning, full of connotations, is revealed by looking at these works today. Pictures of Soviet cars and New Year’s fir-trees seem to convey postmodern irony and arrogance. The irony and bitter jibe are softened by nostalgia: personality cult, the Cold War, exploration of space and the associated myths belong to the childhood of current viewers on both sides of the Iron Curtain.