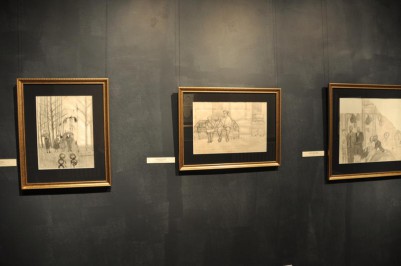 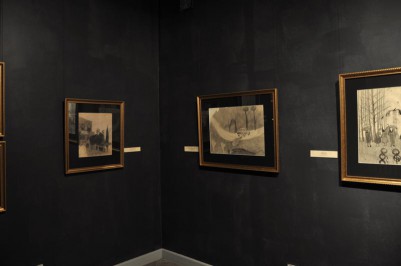 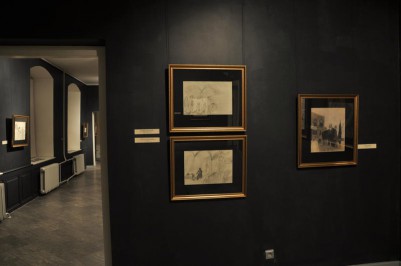 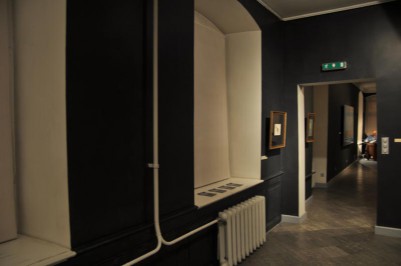 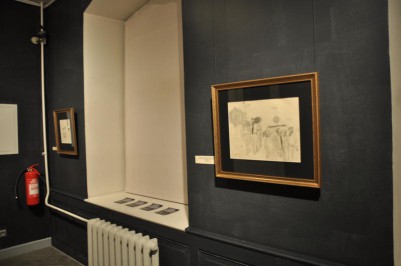 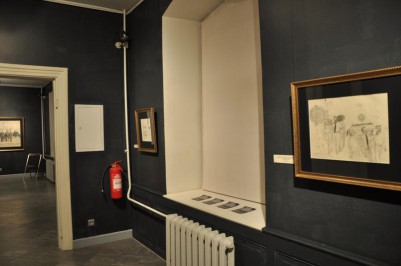 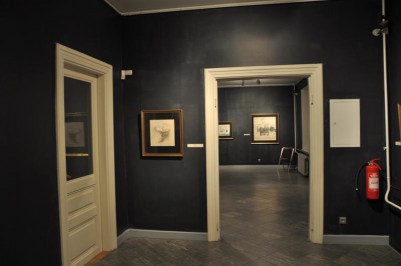 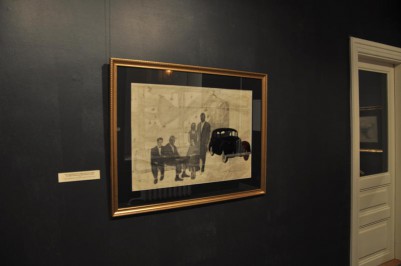 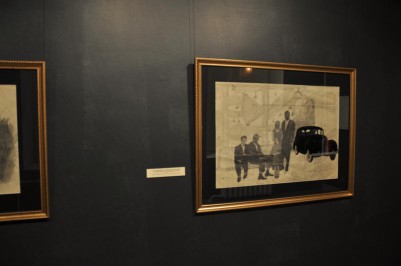 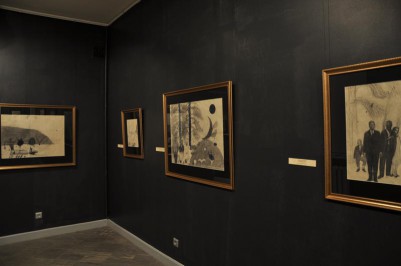 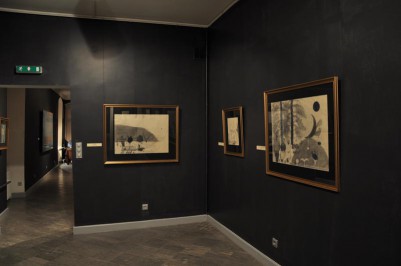 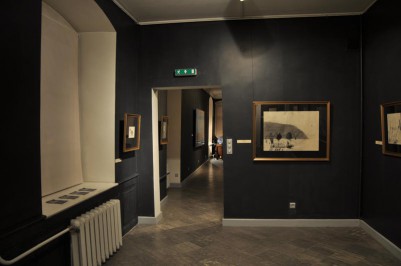 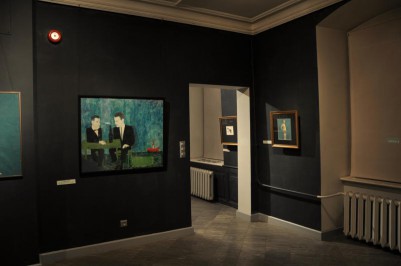 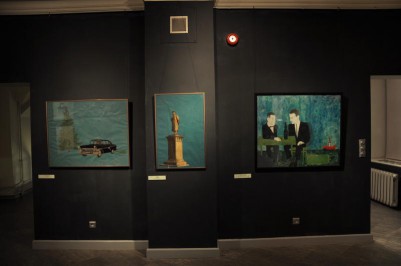 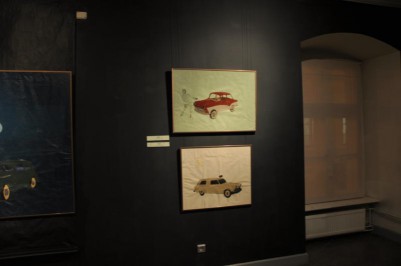 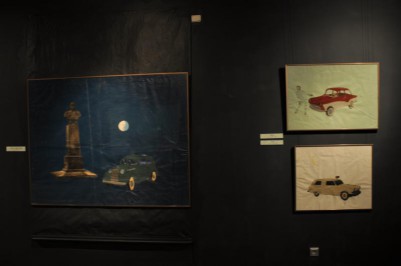 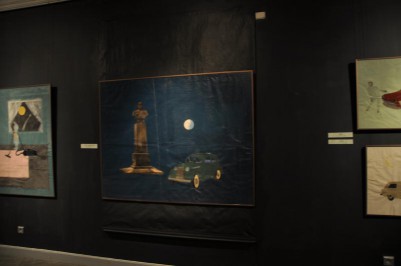 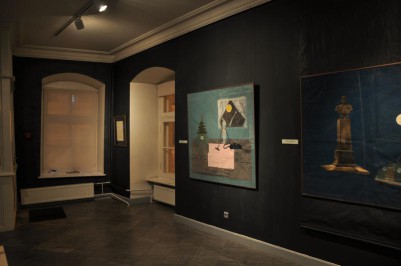 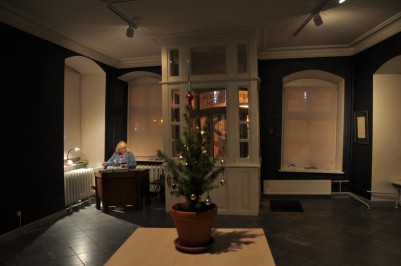 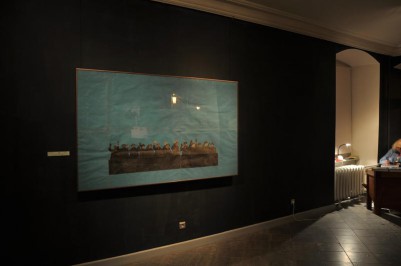 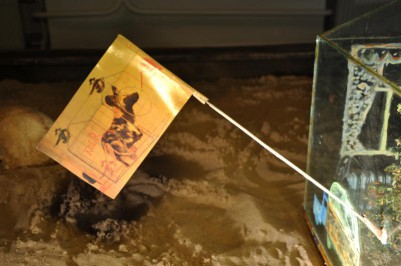 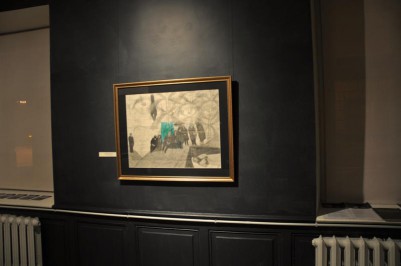 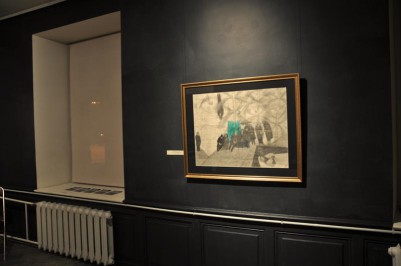 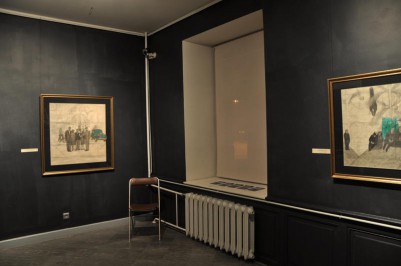 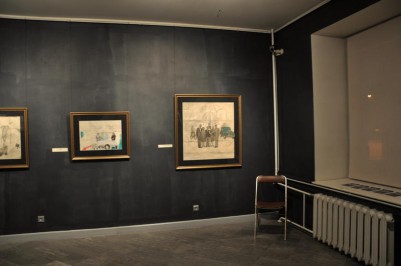 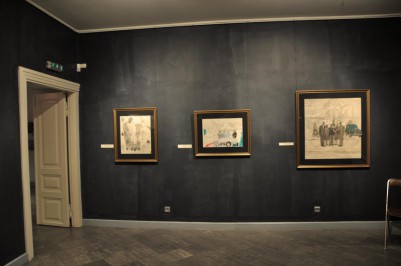 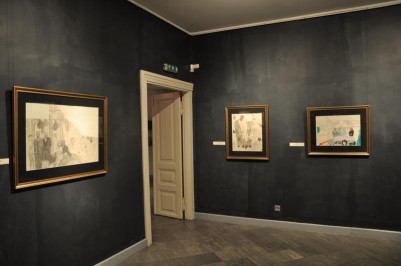 By 1989, after the art audience had seen six of his paintings, Raul Rajangu had already become a legend. Who would not remember his “New Year’s Tree and Sewing Machine” from 1984, “Snowman next to the Old Anatomical Theatre” (1986) or, in particular, “The Arrival of Raul Rajangu and His Assistants in Viljandi” (1988). Having debuted as a clean sheet, an unknown, who refused to go through the official schools on principle, his impact was like a breath of fresh air in the art situation of that time. He was the first to introduce displaced Soviet/Socio-Realistic images in his paintings. It should be remembered that, in mid-1980s, Socio-Realism had not yet attained the current special aura of a forgotten relic. It was still regarded as a disease of which a dignified person would not speak. Next came “House of Koer”, 1990-92, and, after a few years of silence, a comeback with “House of Playboy”, 1993-96, (with Peeter Laurits), now already using photographic techniques and installation. In 1995, it caused a strike among the staff of the Moscow Art Gallery due to its combination of eternal flame and floating urinals. From 2003, Rajangu has been actively involved in video art, motivated by present-day political symbols and the desires and fears cultivated in people with these symbols by the media. His 2004 exhibition in the Art Hall was again pleasantly refreshing, with a male choir singing in one voice and one heart in front of a coffin of a killed soldier. (“One voice, one heart. Army orchestra and male choir in the House of Playboy. 3003 and Sweet little NATO” 2004). It should be noted that membership of NATO and the foreign mission in Iraq were then regarded with general euphoria as the ultimate national achievement. He has continued with videos and installations until the present day. However, there are rumours that he is painting again.

This all happened AFTER the paintings in this exhibition. This is the first opportunity to see, how it all BEGAN.

In the spring of 1980, Rajangu had finished secondary school and was practicing various ecstatic techniques (incl. fasting) to alter his state of consciousness. This was followed by an extremely intense creative period in 1981-82, which resulted in a large number of drawings made in heightened spiritual state. In addition to personal experience, he used as subject matter old family photographs and fragments of parading photo albums of the 1950s and 1960s, which he found in the attic of the Viljandi Culture Centre (he worked as a cleaner). Further inspiration was provided by children’s drawings displayed in the Culture Centre and the deliberately amateurish images, borrowed from these drawings, found a way into his subsequent paintings. Therefore, these drawings are a mixture of highly personal on the one hand and episodes from Soviet life, displayed for all to see, on the other hand. A seeming idyll – tales from nursery school, toddlers feeding birds, a lucky daddy pushing a baby stroller, pictures of social gatherings radiating bourgeois cosiness – is repeatedly intertwined with funerals. The black-and-white nature of the happiest childhood world is also very sincere. It is likely that all people of the same generation as the artist will experience striking moments of epiphany, which will make these foreign events, experienced by someone else, very personal for them. Enjoyment is reinforced and sentimentalism is warded off by the witty treatment of images with absurd and slight, but perceptible, sense of irony. It is extremely fascinating how the images incorporate different periods – the Leninist 1920s, the Stalinist 1950s and the 1960s, which were trying to preserve the last fragments of the spirit of independent Estonia, while being shaken by anguishing fears of the Stalinist era.

If the first period of being in heightened spiritual state helped to find the ideas, the experiences in the second period, 1981-82, provided technique and form. Firstly, a contrast between simple images from children’s drawings and detailed, truly three-dimensional illusionist objects. Secondly, casein underpainting with its specific matte tone that calls to mind the coloured crayons of the Soviet period, and a collage technique seemingly originating from a school handicraft class. In the subsequent series of paintings, Rajangu used the specific green hue of the Soviet table paper as the background tone. As a result, in the series of paintings that could be seen in 2005 in the Draakon Gallery, vigorous expressiveness and images from children’s drawings cancel each other out. The paintings show the festivities and paragons of the Soviet society of the time – tribunes full of ageing fathers of the nation, Stalin on a pedestal, New Year’s tree no. 1 on the Red Square, and foreign cars as objects of ultimate desire. The level of irony has been stepped up in comparison to drawings. This was followed by the “Sewing Machine and New Year’s Tree” and “House of Playboy”.